Should You Delay Retiring in a Down Market? 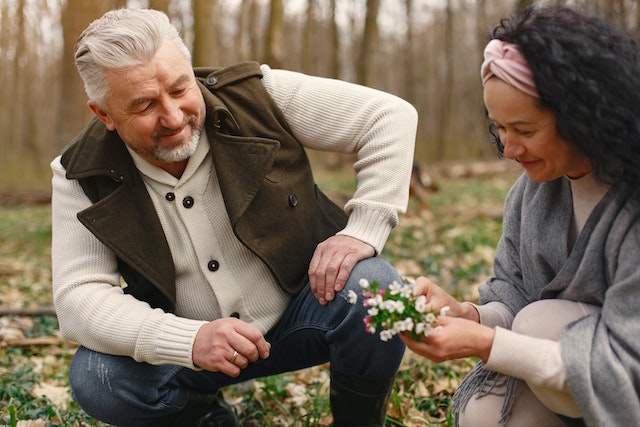 The answer requires a realistic look at your savings and spending

Inflation is soaring and the stock market is falling, putting a wrench in many people’s retirement plans. That’s particularly true of those gearing up to retire this year. Instead of planning their exit, they are staring at declines in their portfolios. They are left wondering if now is the time to stay or go.

“Looking at the highest point, the S&P is down about a little over 20 percent compared to where it was nine or 10 months ago,” says Pam Krueger, founder of Wealthramp.com. “People are saying, ‘Ugh! That’s when I decided to retire, and now I don’t know.’ ”

It’s hard not to consider delaying retirement for another year or two. Inflation is near a 40-year high, driving up the cost of everyday necessities, from eggs to electricity. Gas prices have retreated from their record highs but are still up more than 50 cents a gallon from a year ago, according to AAA.

Inflation alone is causing a quarter of Americans to delay their retirement, according to the BMO Real Financial Progress Index. That doesn’t take into account the psychological impact a bear market in stocks can have. Even if it’s on paper, the idea that you would have less money at your disposal if you were to retire tomorrow is too much for some people to handle.

It’s easy to get caught up in the moment — comparing your retirement nest egg now with what it was a few months ago — and cancel your plans. But that number alone shouldn’t dictate when you retire. The decision requires you to look at the big picture and let the facts decide for you.

Does it still add up?

Take your investment portfolio, for starters. Sure, your quarterly statement may look ugly on paper, but that doesn’t mean you don’t have enough money for retirement. If you’ve been saving for years, one down market isn’t a reason to reset everything. But it is time to reevaluate and reassess where you are, says Keri Dogan, senior vice president. “The closer you are to retirement, the more time you want to spend looking at different scenarios,” says Dogan. “Paying attention is good as long as you are responding in a rational way.”

Do you feel good?

Once you’ve got your portfolio in line, you can determine if retirement is still in the cards for this year, next year or even further out. That’s where testing different scenarios comes in. You’re trying to figure out if you can maintain the retirement lifestyle you planned with less cash and higher prices. Experts say to ask yourself a series of questions or work with a financial planner who can help. These questions include the following:

All of these questions need to be answered as part of your retirement readiness assessment.

When it comes to making your final decision, be flexible and open-minded. You don’t want to be married to a time line that may no longer be realistic. Try to see the positive, even if it means delaying your retirement. Putting off retirement for just three to six months can mean an additional 1 percent of savings for the next 30 years, researchers at Stanford and George Mason universities found. It also buys you time to pay off debt and rein in some of your spending.

“If you let the facts do the talking, you will be able to commit to a plan and feel comfortable and confident,” says Krueger. Maybe that means you need one to two years’ worth of cash in the bank instead of six months’. Or maybe you have more than enough income to live off even if your investments are down 10 percent. “It’s not what my portfolio looks like, it’s what my cash looks like,” she says.

Should You Delay Retiring in a Down Market?

Inflation is soaring and the stock market is falling, putting a wrench in many people’s retirement plans. That’s particularly true of those gearing up to retire this year. Instead of planning their exit, they are staring at declines in their portfolios. They are left wondering if now is the time to stay or go.